Serviced Office Or Leasing, What’s Best For Your Business 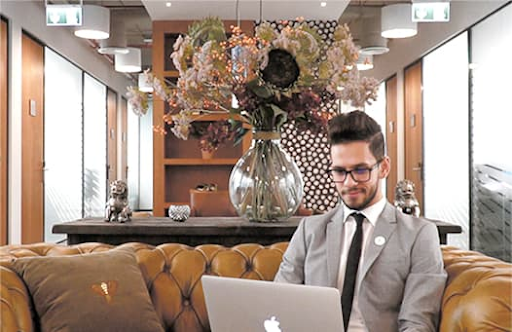 You’re probably thinking of serviced office space or a leased office when you think of “traditional” office space. There are some significant differences, and it’s critical to understand which type of space is best for you. So, without further ado, here are the three most important considerations to make when deciding between a serviced office and a leased space.

Control and Ease of Use

It’s simple to open a business in a serviced office. Wi-Fi is already installed, meeting rooms are available on demand, and the office is equipped with desks, chairs, and storage space. In essence, someone else has completed the difficult task of transforming an empty room into a functional office.

However, if you require custom-made sit-stand desks, ultra-fast broadband for your company’s servers, or your own custom meeting-booking system with iPads on the doors, this isn’t a viable option. Serviced offices must appeal to a wide range of people, so they must be generic to some extent.

You can usually get them to replace their desks with yours or repaint a wall in your favorite purple shade, but they aren’t set up to give you the full freedom of a leased space, where you can set it up exactly how you want.

The setup of a leased space, on the other hand, is much more difficult. You’ll have to source all of your own furniture, from desks and chairs to kitchens and coffee makers, as well as set up your own internet, but in exchange, you and only you will have final say over the look and layout of your space.

Serviced offices can save you time, but they can also be more expensive. Within days of making a decision, you can usually move into a serviced office. A leased space, on the other hand, takes longer to locate, furnish, and move into – and the paperwork takes even longer.

Serviced offices are generally thought to be more expensive, and this is generally correct. You’ll pay more per month and per desk because they do so much more for you.

All of those services are not inexpensive! But that’s not the whole picture; serviced offices could save you money in two ways: the cost of doing things yourself and more flexibility.

It can be more expensive than you think to set up a leased, unfurnished space. You’ll have to do everything that serviced offices do for you yourself, which may seem cheaper at first, but keep in mind that serviced offices buy in bulk, so they’ll likely get a better deal than you can, and they’ll pass some of those savings on to you.

Another way serviced offices can save you money is that you only pay for the space you require at the time.

A lease lasts for years, but a stay in a serviced office can last for months or even weeks. A one-month notice period is common, and three months is uncommon. This is a huge advantage of London serviced offices: you’ll never be stuck paying for an office you don’t use anymore, which is not only more convenient but also cheaper.

Of course, there are drawbacks: because you’re on a rolling contract, the host has the right to make you move at short notice, but this is extremely unlikely in practice and would harm the serviced office’s reputation if it happened frequently.

A leased space, on the other hand, requires dedication. You know you’ll have the space for the next five years, so you can spend time and money making it exactly how you want it. The bizarre offices that you see in magazines by Google, Facebook, and other companies are only possible because they have long leases on their offices, which they can afford because they know they will still need that space in five years.